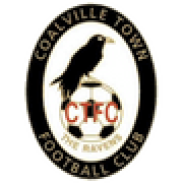 Leave Macclesfield via the A523 London Road  and after 8.2 miles turn slightly left onto Leek Old Road.  A further 1.9 miles on turn left onto Macclesfield Road and proceed into Leek.

At the round-a-bout take the third exit into Macclesfield Road and then after 0.8 miles turn right into Ball Haye Street,  and go 200 yards before turning left into Ashbourne Road.

After 14 miles at the round-a-bout take the second exit to Mayfield Road. After 400 yards take the third exit to Clifton Road.

After 13.2 miles keep to the left and leave the motorway at exit 3 towards the B587/A514/Melbourne/Swadincote. After 480 yards at the round-a-bout take the fourth exit to Swarkestone Road.

After 2.1 miles keep left onto Derby Road and after 1,75 miles turn left onto Robinson's Hill. Proceed another 670 yards before turning right onto the B587.

The ground is 60 yards up the road.