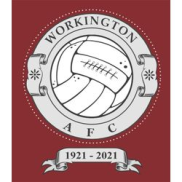 There are 2 initial route out of Macclesfield.

Leave Macclesfield via Broken Cross, onto Chelford and Knutsford. Then at the centre of Knutsford take the second exit on the round-a-bout onto the A5033 Northwich Road, after 1.2 miles turn right onto Chester Road A556.

After 0.7 miles keep left  and join the M6 from the left and stay on the M6 motorway for approximately 106.5 miles before leaving the M6  at exit 40 towards Brough/Penrith/A66/Workington. ( continue at paragraph 3)

Leave Macclesfield via Prestbury, and then onto Wilmslow and onto A34. Bear left onto the M60 Junction 4 and follow the M60 for 12 miles to Junction 15 keeping left onto the M61 towards Preston. Stay on the M61 for 21.5 miles to the end of the motorway before joining the M6 motorway from the left. Keep on the motorway for approximately 70 miles before leaving the M6  at exit 40 towards Brough/Penrith/A66/Workington.

At the round-a-bout after 475 yards take the first exit onto the A66 and after 0.9 mile at the next round-a-bout take the third exit to Baron's Hill.

After 1.25 miles at the round-a-bout take the first exit to the A66 and then after a further 3.6 miles take the second exit onto the A66.

After another 2.5 miles at the round-a-bout take the second exit to Stainburn Road and after 850 yards turn right onto Ramsay Brow.

Your destination is on the left.