This morning the SST had an observer in court 1, Rolls Building London. The Judge was ICC Judge Mullen. The case was adjourned for 10 weeks as it was uncontested by HMRC. The reason given was that there had been several offers for the club. One has been accepted and there is proof of funds. The sale of the shares has still to be finalised. We are looking forward to hearing from Mr Alkhadi very quickly on the prospective completion date of the sale.

‘An additional route has now been set up for donations – Crowdfunder. It is still more cost effective ( no charges) and easier to access funds quickly by using the bank transfer details ( as per below).

However, for those who would prefer to use Crowdfunder please do so using the following the link below.

At Present the fund stands at :-

7th January 2020
New Board Members
The SST is delighted to welcome three new members to the Board as a result of the recent Annual General Meeting.

The new Board members are:-

Mr. Rob Wilson who has taken up the position of Secretary

We look forward to their contributions to the Silkmen Supporters Trust.

The Silkmen Supporters Trust (SST) board were deeply saddened by the recent news of the resignations of Daryl McMahon and Steve Gritt, and I am sure that I speak for the overwhelming majority of Silkmen fans in wishing both Daryl and Steve all the very best for the future wherever this may take them, and with an assurance that they will always a very warm welcome should they ever return to the Moss Rose.

Both Daryl and Steve (alongside Silkmen legend Danny Whitaker) have consistently demonstrated incredible professionalism and integrity throughout their time at the helm of our beloved club despite a wholly preventable yet appalling plethora of off the field circumstances, the most recent of which was the last minute cancellations by Mr. AlKadhi of travel and match preparations for the recent away fixtures against Forest Green Rovers and Port Vale.

It is also our understanding that despite recent media comments that all playing staff, player management and non-playing staff of Macclesfield Town Football Club had been paid in full and on time, that this was not the case. As a consequence, it appears apparent to we; the SST board, that Mr. AlKadhi no longer possesses the resources, financial acumen or integrity to support the club in the long term. We are of the belief that Mr. AlKadhi’s tenure at Macclesfield Town is now at an end, and selling the club as soon as practicable is the only viable option.

The SST board have been in regular contact with two very interested parties in recent weeks in fervent attempts to help broker a deal that will safeguard the future of our club. I am sure you can appreciate, they have not found Mr. AlKadhi particularly helpful, and concerns have been expressed that during January 2020, that Mr. AlKadhi will sell our most saleable assets in terms of players; keep for himself the solidarity payment from the English Premier League of around £225,000,and leave our beloved club high and dry and with little chance of any long term future.

The SST board have made contact with the English Premier League, English Football League (EFL) and the Professional Footballers Association (PFA) in an attempt to ensure that any incoming monies are available only for the benefit of Macclesfield Town Football Club, and are not channelled elsewhere. A copy of the email sent to Richard Masters; Chief Executive of the English Premier League is highlighted below:

I am the current Chairperson of the Silkmen Supporters Trust (SST) and write to you in my capacity in this role.

You may have seen some of the adverse publicity surrounding our much loved club. This relates to such issues as regular non-payment / late payment of wages to players and staff which has led to strike action on several occasions that led to the heartbreak of being knocked out of the FA Cup first round after fielding a mixture of youth team and loan players, and non-fulfilment of a fixture against Crewe Alexandra. As a consequence the club was deducted 6 points with a further 4 points suspended due to non fulfillment of fixtures, financial irregularities including late / non payment of wages to players and staff as well as late / non payment to other creditors which also includes football creditors. This has been compounded only last weekend, by the postponement of our match against Plymouth Argyle due to a zero capacity notice issued against our Moss Rose ground by the Safety Advisory Group. It is also of use to note the club have been in the High Court on a number of occasions recently with HMRC issuing winding up orders for non payment of PAYE. The latest matter has been deferred to the middle of January 2020.

It is our understanding that the English Football League (EFL) have been working with the Professional Footballers’ Association (PFA) and redirecting "central funds" to ensure players and staff are receiving some monies but with another pay day due before the end of December the players and staff are again wondering if they will be getting paid. As I am sure you can imagine this is of great concern to the players; particularly at this time of year. It is our view that the issues above are as a direct result of the majority shareholder Amar AlKadhi, who is in our opinion overseeing the demise and destruction of our club. Several Trust Board members and I met with Mark Rowan and John Nagle of the EFL several weeks ago  where we shared our concerns, and a conference call was held with them only yesterday.

We are aware that the Premier League make Solidarity Payments to EFL Clubs twice a year and in normal circumstances we believe that Maccclesfield Town would receive £225,000 early in the new year. The purpose of me writing to you is to provide an earnest plea to you to withhold this payment as we fear that if it is made it will just be taken out of the club by Mr. AlKadhi for his own purposes and it will not be used to support the business that is Macclesfield Town Football Club. We also wonder if these funds could possibly be redirected to an appropriate source in order to ensure that the monies can be used directly for the benefit of Macclesfield Town Football Club. We therefore respectfully request your careful consideration of our plea to withhold the Solidarity payment.

May I take this opportunity to wish you a very happy Christmas and New Year, and thank you for taking the time to read my email.

Chairperson of the Silkmen Supporters Trust

We will of course provide any pertinent updates, and please be assured that we will continue to lobby all relevant individuals in pursuit of the objective of ensuring the long term future of Macclesfield Town Football Club that is under the custodianship of an individual/s who care about it’s importance not for financial gain, but with regards to its importance as an integral aspect of the cultural heritage of the town of Macclesfield.

We will also work relentlessly to ensure that local and national media coverage is given to ensure that the issues surrounding our club remains firmly in the public eye.

We believe that it is totally unacceptable that Mr. AlKadhi continues to remain virtually silent on the highlighted issues, and are of the view that as a sole director (in law) that Mr. AlKadhi has a fiduciary duty to act in the best interests of the company. The SST board have subsequently taken the opportunity to  approach a number of shareholders with a shareholding in excess of 5% to encourage them to request an Extraordinary General Meeting (EGM) which would effectively ensure the presence of Mr. AlKadhi to answer appropriately probing questions from other shareholders about how well (or not) the club is being managed.

What we cannot understand is how a club with one of the smallest budgets in the EFL can perform so woefully as a business when it effectively receives over a million pounds a year from the EFL and English Premier League before even taking into account of revenue from gate receipts, sponsorship etc. It is of use to note that the SST are also seeking legal advice from someone who has experience in legislative issues within the world of football and have regularly liaised (and will continue to do so) with Cheshire East Councillors and Member of Parliament for Macclesfield (David Rutley) in our quest for a successful and viable future for Macclesfield Town Football Club.

There really does appear to be no right and wrong answer as to whether people attend or boycott football matches at the Moss Rose at this present time. It really is a matter of personal choice, although it is of use to note that both of the interested parties that the SST board have spoken with, have urged supporters to attend games in support of the players, management and non-playing staff who have been so magnificent in such adverse circumstances during this very difficult period.

What is much more important is that there is no in-fighting between our loyal fan base as this only plays into the hands of Mr. AlKadhi. We must stand as one in our fight for OUR football club that would ultimately be in the hands of a custodian that recognises how precious OUR football club is to so many people.

With this in mind, I urge you to lobby your local councillors / Member of Parliament, and never lose sight of the fact that we may lose some battles along the way, but if we work together we WILL win the war!

The S.S.T. would not exist without your support.  Please join us and help to  make a difference to your football club. You can find the forms that you need to join here.

The Silkmen Supporters’ Trust is committed to the improvement and development of Macclesfield Town FC by working in partnership with the Club, the fans and the community to the mutual benefit of all. 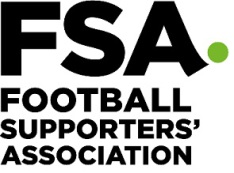 Member of the Football Supporters Federation