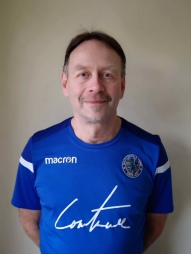 I am Macc born and bred and my earliest memory of my lifetime affiliation with my beloved blues is of the 1970 FA trophy Final and the joyous scenes both at the game and on the triumphant procession through the town with that amazing trophy. I have experienced some incredible high’s such as the promotions to the Football in the 1996/7 and 2017/18 season, as well as some heartbreaking lows; most notably our relegation during the 2011/12 season during my fifty odd years as a Silkmen fan and I wouldn’t swap them for the world because when you are a football fan such experiences help to provide the very fabric of your unique relationship with your football team who are undoubtedly one of the love’s of your life! I was one of the founding members of, and the first chairman of the Silkmen Supporters Trust (SST) and it is my privilege to take this role on again for the foreseeable future. THE SST provides a fantastic opportunity to give fans of our wonderful club a real voice and the more members that we have, the more positive influence that we can help to exert on the Silkmen hierarchy. I urge you to join and support the SST board in helping to get across both positive and negative issues from my wonderful Silkmen brethren to the majority shareholder Amar Alkadhi and Kevin Green and Mark Blower who are the Chief Executive and chairman here at Macclesfield Town Football Club. If we can demonstrate a true spirit of togetherness and unity, I genuinely believe that nothing can stop us, and
I AM SILKMEN TILL I DIE!! 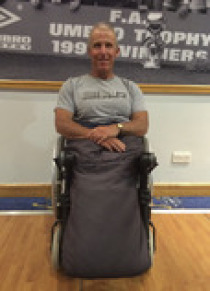 I am Macclesfield born and bred and I have supported Macc Town since 1970 when I was eight years old and they were in the Northern Premier League. It might seem strange but one of my favourite games was playing at Chelsea in the FA cup. Although we lost 6-1, the fact that we were playing a Premier League and the great atmosphere made it special.

I have been in the Trust since it started and joined the Board as Disabilities Liaison Officer the year after. On match days I check with the steward on whether there are any away fans with disabilities and if there are I go and make sure they know where the facilities are and that they are being catered for. I also keep an eye on the disabled facilities in general at the Moss Rose. 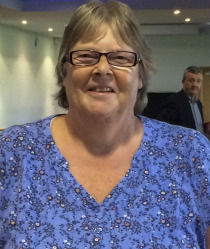 I moved to Macclesfield in 1997 and was encouraged to become a Macc Town fan by a friend at the volleyball club I belonged to.  I have been a volunteer in the club office for a few years, working on reception.

I joined the SST when it was set up and have been a member since then, before that I was an active member if the Silk Alliance.

I became a member of the SST Board in April 2015, to help in any way that I can. 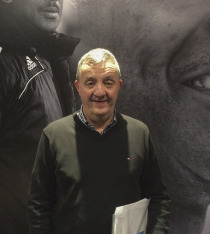 ‘Scarily’ I have supported the Silkmen for nearly 60 years. My dad first took me to the Moss in the late 50s – little did I know that was it for life ! So many wonderful memories for myself and the family (from the Bowyer years, beating Stockport in the cup in 1968, Wembley in 1970, Stevenage  and promotion in 96  etc.)  Hopefully these will continue for many years.  Soon after the Trust was set up I became ‘auditor’ of the annual accounts and 3 years ago I joined the SST board just to try to give something back to the club (and fans)  who have given me so much. 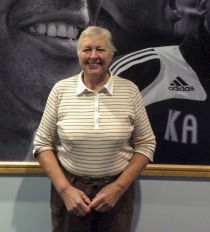 I went to my first football match in 1951 when my brother Geof took me to see Macc play away at Witton Albion.  I have been a fan ever since.  I am one of the few supporters who saw Walter Smith - a wing-half who played in glasses and still headed the old leather ball.  I also saw Manchester Utd's first home game in the European Cup; a 10-0 thrashing of Anderlecht which was played at Maine Rd as there were no floodlights at Old Trafford.

Due to family commitments and living away from Macclesfield I was not able to attend many games in the 60's and 70's but I was at Wembley in 1970 to see Macc become the first team to win the FA Challenge Trophy.  I have been a regular home and away supporter since the 1997/98 season.

I joined SST at the start and was elected to the Board.  I have been Treasurer for many years.  Before the SST was formed I was Chairman of the Silk Alliance and a member of the Supporters Club.  MTFC is a great club - I am proud to be a loyal supporter and to help in any way that I can. 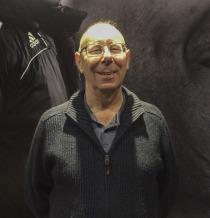 I first started supporting the Silkmen when I moved to Macclesfield in 1964 and regularly attended games then. Like any young person at that time I only occasionally went to watch MTFC because I was too busy playing football myself until I was near the ripe old age of 40, and then I was busy  working  for my own company.  During those years I occasionally watched the Silkmen play in some of their more important games. After recovering from major illness, I finally was able to again watch the Silkmen on a regular basis attending both home and away matches.

In April 2015 I became a member of the SST board to help out in any way I could, and recently I have taken on the role of Membership Secretary, which keeps me in touch with SST members. 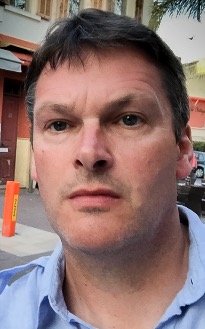 My first Macc game was an FA Cup 1st round tie against Carlisle in 1987, however it was 2005 when my daughter started showing an interest in football that we started regularly going to games home and away.
I joined the Trust board in 2008 wanting to do my bit to help make a difference, becoming Chair in 2012 and handing over to current Chair Steve Munday in 2015. I contribute to Canalside Radio regularly and occasionally to BBC Radio Manchester on Silkmen issues.